Coffee and the Word with Sherry

Uncovering Lies about Your Marriage

Marriages are destroyed by many lies. In this devotional, Sherry teaches how to recognize and combat the lies of the enemy. 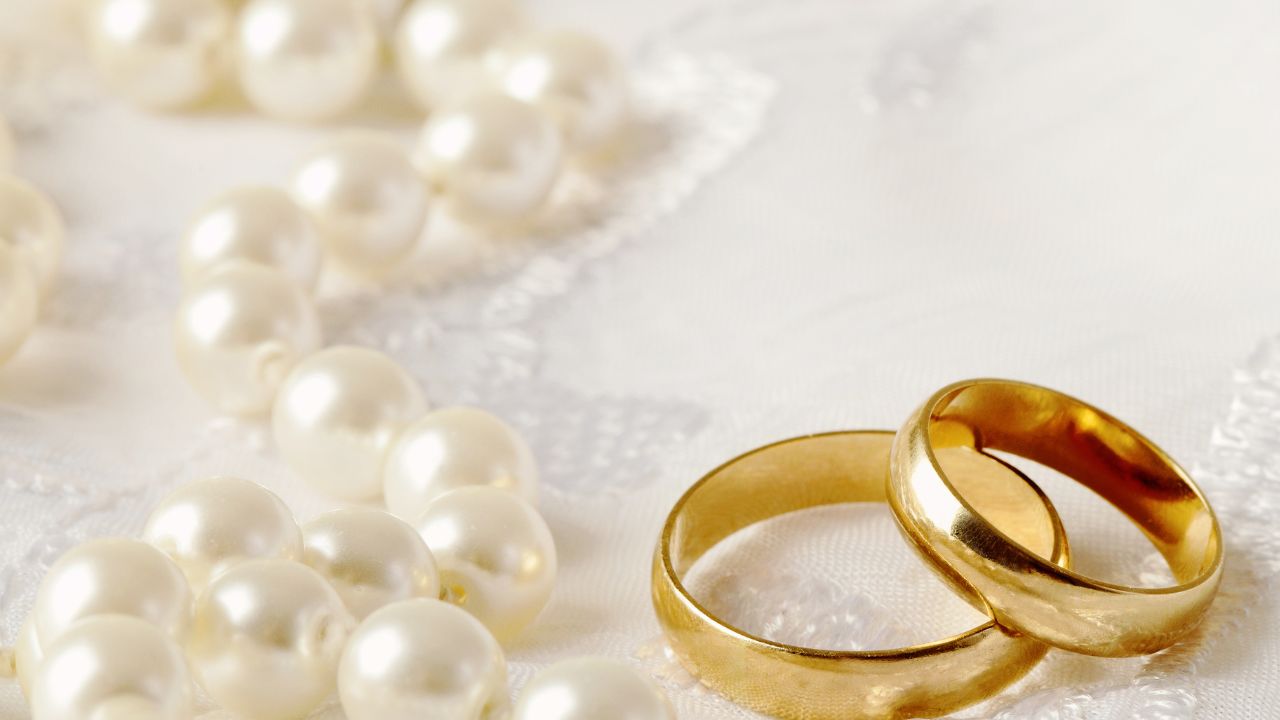 Hey! Good morning and welcome to coffee and in the word! I hope you have access to a cup of coffee, a cup of tea and the Word.

For this devotional I've been talking about uncovering the lies of the enemy and I really want to concentrate on uncovering the lies the enemy will tell you about your marriage.  Now, if you're married listen up! If you're not married but intend to be, listen up, because this is something that I believe the enemy really focuses on.  We'll even talk about why here in just a minute.  I want to get going by saying what I've said in the last few devotionals.  We must know the truth to recognize a lie and the truth is in God's Word, the Bible.

God created marriage. So, why would He create a marriage to struggle or to fall apart or to end? Well, He wouldn't.  That wouldn't be His purpose.  In Genesis 2:22  - you probably all know this scripture - and the rib which the lord God had taken from man he made into a woman and brought her to the man.  So, listen! The devil is a liar.  Remember John 8:44?  The devil is a liar.  He's the father of all lies and marriages are destroyed by many different types of lies.  The devil is the liar, right? Now I'm not saying that people don't lie.  What i want to concentrate on is some of the lies he will tell you about your marriage.

I believe completely in biblical marriage counseling and if you're listening to me right now and you're in a situation where you feel like you need counseling, reach out to your pastor or to a Christian counselor.  I'll probably mention more about that later.

The devil is a liar, right?  He is out to kill your marriage - to destroy your marriage, because he's out to kill, steal and destroy us.  Christian marriages have just as many conflicts and struggles as non-christian marriages, and sometimes more depending on the situation.  Everybody's different.  Every situation is different and the divorce rate within the christian community is way too high! So, let me just ask you this - and maybe this is something you can ponder.  Why would the devil even care? Why would the enemy even care about your marriage?  Why would he even give that a focus?

Well, that's because there is power between two people. A strong marriage, where Jesus is at the center, and both the husband and the wife have a personal relationship with Jesus, they're following him, they're doing everything they can to honor him, to let him be Lord of their life.  When they have the support of a Christian community there's power.  In fact that power is so strong they have the power to stand against the lies of the enemy.  That is what his focus is.  If he can destroy the marriage, he can destroy the children;  he can destroy many other things.  There's a kind of a snowball effect, right?

So know this! Don't be afraid of it. Just be aware that the enemy will come between you and your spouse however and whenever he can.  We want to be aware, not fearful. God is bigger.

One of the things I talked about in an earlier devotional is that the enemy wants us to believe that he doesn't exist. If people don’t believe he exists, then they're not aware of what he's doing and what he's up to.  So, we aren't fearful and we know God is bigger, but we do need to be aware of the lies.  He will try to infiltrate our thoughts. God's got the best interest for your marriage, of course.  He ordained it from the beginning and he wants it to work.  He wants you to know that He came to give us life and life abundantly.  He doesn't want us to just survive in our marriage.  That's not what it's all about.  He wants us to have a joyful fulfilling, fun marriage.  He wants us to have power in that marriage.

So, I'm going to go over a few of the most common lies that Satan tells us about our marriage, and then I'll focus on just one.  As I am talking, or after this devotional is over, really begin to ask the Lord to show you if there are any lies about your marriage or about your spouse that you're believing.

One of the most common lies that he will tell you about your marriage is that your spouse should think just like you, talk just like you, like the same things you do and never disagree.  Then the enemy usually follows that with the lie that you should give up,  Another lie is that your marriage is hopeless so you may as well give up.  Another lie is that you are the only one working on this marriage.  Your spouse doesn't care and you should give up. You're married to the wrong person.  Give up because you don't love your mate anymore.  He or she has hurt you so much that you can't forgive. You can never love them again.  Give up because you can't communicate.  You can't get through to your spouse, so stop trying.  Give up because your spouse doesn't understand you or your spouse doesn't appreciate you.  That's usually followed by a very big lie which sometimes includes the idea there is someone out there who would appreciate you and who would understand you.  You should give up because your spouse will never change.  Give up. Notice that we don't ever say that “we'll never change”!  Usually the lie that he's telling us is that our spouse won't.

So, what was the common theme in all of that? That I said “give up.” So, how do you know that something you are thinking or hearing in your head about your marriage is a lie?  Well, does it go against the word of God?  If it does, it's a lie, period end of story! So, we have to know the truth to recognize a lie and the truth is in God's Word, the Bible.

So, let's just look at the first lie that I mentioned - that your spouse should think  just like you, talk like you, like the same things, believe the very same way and never disagree.  Really is it God's plan that we're all alike? No!  God created marriage, but remember, it's two different people who are now one.  Ephesians 5:31 says, “for this reason a man will leave his father and mother, be united to his wife and the two will become one flesh.”

God put us together to complement each other.  Our strengths are different. Our weaknesses are different. Our likes are different, and we're designed to work together. We do not have to be the same in personality.  We do not have to be the same in giftings.  We should, of course, agree on basic moral values, have similar life goals and all of those things. But, let's face it, we're probably not going to connect with someone who doesn't have some similarities, right? But, the whole point is that the enemy would like you to think that if your spouse doesn't believe exactly what you think or believe or do things this way or that, then there's something wrong.  You might as well give up.

Now, the lies I mentioned earlier are just a few of the most common lies that the enemy will tell you about your marriage.  So, how do we keep from believing those lies and allowing those ideas to come in and become a stronghold?  We must know the truth to recognize a lie and the truth is God's word, the Bible.  The Bible is the best marriage manual you'll ever read.  If you read the Bible from cover to cover you'll find scriptures that will teach you how to overcome anger. Isn't that important in a marriage?  Absolutely! Because we're human beings we are not always going to agree. There's going to be anger or disagreements. The Bible will teach us how to overcome strife, how to walk in love, how to walk in forgiveness.  Forgiveness is huge! The Bible will teach you how to communicate with your mate.  Society does not have the answer to any marriage issues that you have.  Movies and TV certainly don't have the answers.  They don't show you the answer in a movie.  Your friends and family do not necessarily have the answer either even though they may think they do, or you may think they do.

On a side note - whether man or woman, husband or wife, it doesn't matter.  It is dishonoring and very detrimental to your marriage to talk about your spouse's weaknesses or shortcomings with your friends or your family.  This is very detrimental! It's very dishonoring!  It's a common mistake that people make.  It's a very serious mistake. Seek wise counsel if you have an issue, but do not dishonor your spouse especially in front of friends.

So, your marriage right now at this moment may be very far from ideal, or it may be absolutely the best it's ever been.  It's not impossible to have that marriage that God wants you to have.  You may have given up right now.  You may be hopeless. You may be happy. You may be fulfilled. Just know that what I'm talking about here is that we need to be aware of the lies that the enemy can tell us. They can slip in easily and quickly and silently. He's very manipulative, but he's not creative. He will tell us the same lies over and over he doesn't ever come up with anything new, right? So we can just recognize what he typically does and we can be aware.

So, here's my challenge for you. As you go throughout your week over the next few days, take some time to really pray and say, “Lord is there anything about my marriage that I'm believing that's not true, that could be a lie from the enemy?” Then talk to your spouse about it.  Talk to your pastor.  Begin to pray. Get Christian counseling, if needed.  But, don't believe the lies without investigating and finding out what God has to say.

God bless you! Talk to you next time!